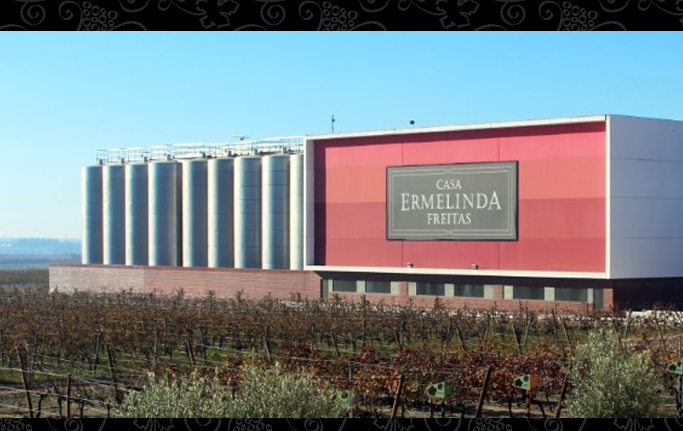 Founded in 1920 by Deonilde Freitas, and continued by Germana Freitas and later by Ermelinda Freitas, the company has always had a special interest in wine. On the early death of her husband, Manuel João de Freitas, Ermelinda took on the running of the company. In this she was helped by her only child, her daughter Leonor, who although untrained in the art of wine making took charge of the company, consolidating the already firmly female profile of the existing management structure.

The company has, from its very beginnings, made the quality of its vineyards and wines a top priority. When the company first started, wines were produced and sold wholesale and unbranded. It was the current management that decided to take on the challenge that is involved in creating an own brand wine. 1997 was the year of the company’s new beginning in wine making, with red wine “Terras do Pó tinto”, being the first to be produced and bottled on the premises of the Ermelinda Freitas winery.